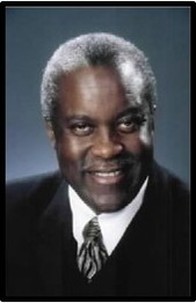 Eugene Franklin is the author of the Pan African American Cultural Heritage Initiative and the architect and organizer of the Pan African Cultural Heritage Alliance, anchored by the Pan African Cultural Heritage Institute, Inc., the National Cultural Heritage Tourism Center, and the National Asset Building Coalition, Inc; with the National Black Business Support Corporation serving as the Alliances, Fiduciary Agent. Franklin also serves as the President of the Florida Black Chamber of Commerce, Inc. Gene is known internationally as a driving force behind the Pan African American cultural economic development movement. His efforts include the creation and development of cultural programs and infrastructure models that benefit disadvantaged and underserved historic communities. His latest endeavor includes the development of a marketing and promotional e’ commerce network that will promote the culture, history, communities, businesses, and destinations of the People of African Descent, in support of cultural heritage tourism and travel. Additionally, Franklin is an advocate for the arts, and also, teaches on the cultural economics impact of the historic ‘Green Book’.

Eugene was born August 19, 1948, in Ethel, Louisiana and moved to New Orleans in 1953. Gene attended grade school and high school in Metairie, Louisiana. To serve his country and further his educational dreams, Gene enlisted in the United States Navy in 1969, and served a total of 27 years on active duty. Gene retired 1996 in Pensacola, Florida after serving his command tour as Officer-in-Charge of Naval Air Training Management Support Activity at the Naval Air Station Pensacola, Florida, with the rank of Lieutenant Commander. After the military, Gene founded Franklin Mortgage & Investment Company and worked in the industry for approximately ten years.

Gene Franklin currently serves on the Board of Directors for the National Black Chamber of Commerce, Inc. Washington, D.C., the Florida Institute for Human and Machine Cognition, and serves as Chairman of the Board for the National Black Business Support Corporation. He supports his local community by his service as a board member for Pensacola Habitat for Humanity, the Escambia County Health Facilities Authority, and Every Child a Reader in Escambia. Gene previously served as a board member for the Pensacola Area Chamber of Commerce, the Gulf Coast African American Chamber of Commerce, the Small Business Administration - Northern Florida Region Advisory Board, and a host of local and state boards and committees.

​As the President of the Florida Black Chamber, he works closely with over twenty local chambers and in partnership with the Florida Chamber of Commerce and Visit Florida. His many awards include being named as one of Florida’s Most Influential People in 2004 and as One of Florida's Most 500 Influential Business Leaders in 2018 and 2019. His other awards are too many to mention. Gene Franklin is also an ordained minister and serves as an associate minister for a local church and as the lead evangelist of a growing community-based ministry. His thirst for knowledge and service continues………!