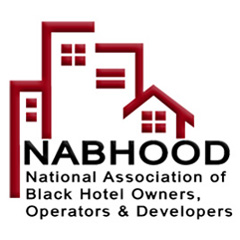 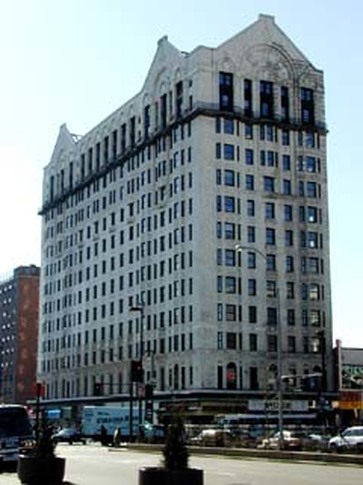 The History of Black Owned Hotels

The history of the industry that provides sleeping quarters is not totally devoid of Black Hotel Owners. Black-owned and operated hotels have existed since pre-turn of the century.

“It was only in the 20th century that American hospitality became truly democratic. Beginning in 1908, E.M. Statler challenged the hotel industry’s attention to the wealthy by declaring that he would offer hospitality “at a price ordinary people can afford.” Statler’s slogan, “A bed and a bath for a dollar and a half,” launched his hotel empire and made him, as a 1950 trade journal put it, “The Hotel Man of the Half Century.” A decade later, the civil rights movement launched a wave of demonstrations against discrimination in travel facilities. Martin Luther King’s 1963 “I Have a Dream” speech—which evoked the plight of black wayfarers with the reminder that “our bodies, heavy with the fatigue of travel, cannot gain lodging in the motels of the highways and the hotels of the cities”—helped persuade Congress to pass the Civil Rights Act of 1964, which outlawed discrimination in public accommodations.”

James Wormley (1819-1884), born free in Washington, is best known as the owner and operator of the Wormley Hotel, which opened in 1871. Wormley was one of a number of entrepreneurs in the hotel and other service trades with downtown businesses. The hotel catered primarily to wealthy and politically powerful white males in the city.

The five-story Wormley Hotel contained a bar, a barbershop, and an acclaimed dining room where Wormley served European-style dishes using fresh ingredients he grew on his nearby farm. Wormley, who had spent time in Europe honing his culinary skills, was a consummate entrepreneur, attending to minute details to ensure the pleasure of his guests.

The hotel is also famous as the site of the Wormley Conference of 1877, when representatives of Republican Rutherford B. Hayes and Democrat Samuel J. Tilden brokered a deal over the contested presidential election of 1876. The eventual result was the Compromise of 1877, which led to the removal of troops from the South and the end of Federal Reconstruction.

Wormley's parents were Lynch and Mary Wormley, both also free born. After Wormley's death in 1884, his eldest son, James T. Wormley, managed the hotel into the 1890s. It was taken over by new owners and renamed the Colonial in 1897. The hotel was later razed, and the Union Trust Company building was constructed on the site in 1906.

Hotel Theresa The renowned Hotel Theresa in Harlem was a vibrant center of black life in Harlem, New York City, in the mid-20th century. The hotel sits at the intersection of Adam Clayton Powell Jr. Boulevard and Martin Luther King, Jr. Boulevard (better known as 7th Avenue and 125th Street). It opened in 1913 and was from then, until the construction of the Adam Clayton Powell Jr. State Office Building across the street in 1973, the tallest building in Harlem. It has a striking white brick facade and was known as the "Waldorf Astoria of Harlem." From the time it opened until 1940, the hotel accepted only white guests plus a few black celebrities. This changed when the hotel passed to new management.

Louis Armstrong, Sugar Ray Robinson, Lena Horne, Josephine Baker, Dorothy Dandridge, Duke Ellington, Muhammad Ali, Dinah Washington, Ray Charles, Little Richard, and Jimi Hendrix all stayed in the Hotel or lived there for a time, as did Fidel Castro, while in New York for the 1960 opening session of the United Nations, after storming out of the Hotel Shelburne because of that hotel manager's "unacceptable cash" demands.[1] Castro's entourage rented 80 rooms at the Thersa for $800 per day.[2]

The hotel profited from the refusal of prestigious hotels elsewhere in the city to accept black guests. As a result, black businessmen, performers, and athletes were thrown under the same roof.

After leaving the Nation of Islam, Malcolm X maintained his competing Organization of Afro-American Unity at the hotel and hosted meetings there. He met Cassius Clay in the hotel on various occasions.

Bill Clinton's commerce secretary, Ron Brown, grew up in the hotel, where his father worked as manager. U.S. Congressman Charles Rangel (D-Harlem) once worked there as a desk clerk. The hotel may have enjoyed its greatest prominence in 1960. Nikita Khruschev visited New York in that year, during the week when Castro was staying in Harlem, and came to meet him in the hotel. Also, in October of 1960, John F. Kennedy campaigned for the presidency at the hotel, along with Eleanor Roosevelt and other powerful figures in the Democratic Party.

The hotel suffered from the continued deterioration of Harlem through the 1950s and 1960s, and, ironically, from the end of segregation elsewhere in the city. As black people of means had alternatives, they stopped coming to Harlem. The hotel closed in 1967.

The Henry's Hotel South Division Street and Baltimore Avenue, Ocean City. Formerly known as "Henry's Colored Hotel," this building is a prominent historic site in Ocean City. Reportedly erected during the last decade of the 19th century, the three-story wood-shingled structure is one of the oldest hotels in the city and the last hotel that served black visitors to the ocean resort during the early to mid-20th century. Reserved periods, known as "Colored Excursion Days," were limited to days after the main summer season. Charles T. and Louis Henry bought the hotel in December 1926. After Charles T. died in 1942 the hotel was held by his wife and then his son, Charles Wesley Henry. Duke Ellington, Cab Calloway, Count Basie and Louis Armstrong were guests of Henry's Hotel in the days when black entertainers could perform in major hotel ballrooms, yet not sleep in the hotels.

In the early seventies, eighties and nineties there were only three hotels in the United States that were franchised and part of a major hotel chain. The first was a Holiday Inn in Tuskegee, AL that opened in the early seventies and later became the Tuskegee Inn before going out of business. The second was opened by Mabra Holeyfield and Frank Banks as the Benchmark Hotel in 1983 and became the Days Inn in 1988. That hotel was sold in 2008 to NABHOOD’s Chairman, Mike Roberts and will be converted to a Clarion Collection. The third was the 105 room Travelodge Hotel when an investment group led by the city’s first African American mayor and businessman Harvey Gantt, purchased a bankrupt hotel and cafeteria in the heart of Charlotte’s African American community. After a two million dollar renovation, the hotel opened in July 1998. There were a few flagstones with small hotels like the first Black owned hotel in the nation’s capital, Howard Inn, that opened as the Humbree House in the early eighties.

The Eureka Hotel The Eureka Hotel, the two-story, red-brick Victorian built in 1885 became an upscale hotel in the early 1930s, making it the city's oldest African American hotel. Now its owners are willing to donate it to anyone who wants to restore the building allegedly housed guests such as Duke Ellington, but no one knew about the house's history until construction signs went up in early January, prompting residents to find a way to save the historic structure.

Located two blocks away from the National Civil Rights Museum, the hotel operated until the 1980s, when Irvin Landsky bought it and turned it into a rental property. When he died in 2001, his daughter, Cheri Rudner, and her husband, Henry, inherited the Eureka Hotel and decided to demolish the house.